Seriously though. There is, for me, almost no better comedy. It's stupid but simultaneously meta. A spoof with no direct references. A series of sketches that just works. I won't list it here. This is the retirement of Wet Hot American Summer from these weekly picks. I'm pretty sure I picked it twice last year.

Moving on. I love summer camp movies. They are odes to adolescence. They are as light and breezy as the season of their setting. And if they're not those things, then people are getting hacked up into little pieces. (I'm not going that route.) It's the light and breezy for me...with a slight touch of angst and rebellion.

So, it's Thursday. Time again for Wandering through the Shelves' Thursday Movie Picks. You know the theme.

In the Wikipedia entry for this one, it makes it clear that this "movie is rated R." That's probably why I watched it the first time at 3:00 in the morning on HBO one night when I couldn't sleep. I just put the TV on to try to lull myself back to sleep and this thing sucked me in. It's actually pretty racy for somewhat mainstream 80s fare and really a pretty sweet movie in the end. It's like today's indie movies about teens only with pretty solid young star power. Tatum O'Neal the prissy Ferris. Christy McNichol is Angel...and anything but. They make a bet to see which one will lose their virginity first. The other girls take sides. Then, it's a standard summer camp flick with all the usual stuff. A young Matt Dillon shows up from the boys camp across the lake. And Armand Assante plays an older camp counselor.

Before Judd Apatow started turning everything into gold. He produced movies like this one, a totally under-seen and hilarious movie for adolescent boys...like me. I was also a chubby kid...like the kids of this movie (see: title). An overweight kid gets sent to "fat camp," where the livin' is usually easy. But this year, a new head counselor is on his way in. His name is Tony Perkis (Ben Stiller), and he is one of the most memorable characters of my movie life. Perkis is an exercise/fitness guru (much like Stiller's White Goodman in Dodgeball) and turns up to ruin everybody's fun. I'm not even sure I can recommend this movie. It's pretty run-of-the-mill. It just really worked for me. 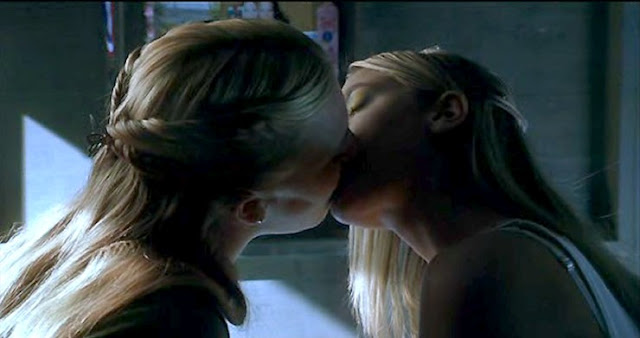 In 1988, Daniel Waters wrote the ultimate black comedy for teenagers, Heathers. Many years later, he wrote and directed this straight-to-HBO sex comedy about college freshmen doing a summer as camp counselors. It has an amazing cast of well-known actors of the time period, including Brad Renfro, Dominique Swain, Jaime King, and Justin Long. The great Peter Stormare is the pretty much absent head counselor but funny when it counts. This is a classic, totally necessary midnight movie if you ask me. Super dark. Super weird. Damn funny, in a ridiculous sort of way. Sexy. Really well written, if totally lacking in any sort of plot.