Sam Peckinpah fascinates me to no end. In 2006, about a year from finishing college, I stumbled upon a Facebook group called "I know more about movies than anyone I've ever met." It was full of the most pompous jerk off film snobs imaginable filling the group's message boards with cult obscurity my little 22-year-old brain could even possibly fathom. And they all seemed to be watching this movie called Bring Me the Head of Alfredo Garcia, a film I would immediately seek out and then instantly forget. I was into Bob Dylan at the time and working through some heavy 70s stuff anyway, so I thought why not try Pat Garrett and Billy the Kid while I'm at it. See where "Knockin' on Heaven's Door" came from. Same director. Same result.

Peckinpah seems like a classic sort of dirtbag wild man to me.  I don't know him. I've hardly seen a picture of him, and I've never heard him speak. Heard he was into the booze and blow and didn't get along with the studio suits too well. He has been dead for years. Ahead of his time. He seems to have only made neo-Westerns or action flicks with dirtbags for characters, who do vile, violent dirtbag things within worlds filled with dirtbags. I guess the popular term would be that Peckinpah's films are "nihilistic." Some my even argue for the guy and say that they are about "characters trying to survive in a nihilistic world." I'm more on the former side of things. They're just nihilistic, and I just don't get much out of Peckinpah's films, certainly nothing intelligent or thought-provoking sticks out, but I can't say they're bad. (As of yesterday morning, I'd only seen the two unmemorable ones mentioned above.) But I can say with certainty that all three of his films I've now seen have two things going for them:  They're cool as shit, and they changed cinema. 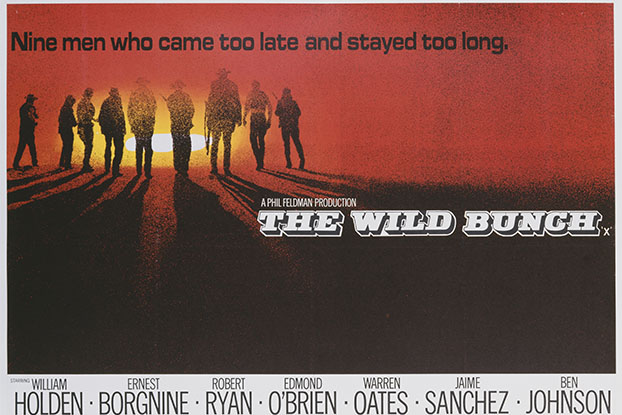 Yesterday, I watched The Wild Bunch for the first time. I didn't LOVE it. But now I totally get why it is listed as such an important achievement. It's easily Peckinpah's best (that I've seen) and a totally important work for any fan of Westerns or action pictures or genre exercises (which it is more than an actual Western) or Tarantino for that matter. Consider the flack QT got when he made Kill Bill, his Western/Martial Arts hybrid that was eaten alive by the violence-in-the-media people, even in the 2000s but lauded by most critics as pure genius. This is how every Peckinpah film was received, starting in 1969 with The Wild Bunch. Also consider the innovative style Peckinpah brought to the table here. Close-ups, multiple angles, edited together at an unheard of speed. This is the modern action movie. Dude damn near invented it.

The Wild Bunch as a narrative doesn't add much to anything. I wasn't that compelled by it. It's about aged outlaw Pike Bishop (William Holden), a man simply looking to hang on to his lifestyle in any way he can. The Wild West is being tamed hear in the early 1900s and the railroad tycoons' pockets are surely deep enough to never even consider backing down. As the film opens, one such tycoon has hired Bishop's former partner, Deke Thornton (Robert Ryan), to hunt him and his crew down for an only decent bounty. Of course old Thornton was once spurned by Bishop, which gives him reason enough to agree to the hunt.

The rest of the "bunch" consists of Bishop's right hand man Dutch Engstrom (Ernest Borgnine); a Mexican called Angel (Jamie Sánchez); and the Gorch brothers (Ben Johnson and Peckinpah regular, Warren Oates). They spend most of the movie on the border of or in Mexico, eluding capture and seeking a final big score. Every once in awhile they stop in a Mexican village for some booze and/or women. The boys whoop it up while Bishop wax's nostalgic about how it all came to be. Some of these scenes work better than others, including the one where they enter Angel's village to a warm reception, leaving with a vengeance since Angel's old lady has left to take up with some Mexican military thugs, who will come into play throughout and play majorly in the film's final sequence, one of the most violent ever filmed, a scene that earned it an R on initial release and an undeserved NC-17 on its early 90s re-release. (The early 90s tho! Gah!)

The one thing I noticed above all the violence though is the sharp sense of humor in this film. It's a dark comedy as much as it is an action picture or a Western or whatever it actually is. I laughed a lot, the same type of laughter that comes from something from, well, Tarantino, for lack of another example. The humor both mixes with and derives itself from the sheer nature of the excessive violence. (See Image 3.)

The performances are fully involved and involving, manic and fun. Warren Oates is such a presence. It's no wonder Peckinpah liked having him around. Ben Johnson is solid, if maybe wasted a bit. Borgnine seems to be having a good time, and Holden does a nice job as the hardened leader of outlaws. I'm not familiar with a lot of these actor's work outside of this, but I know their names, and I like the casting of these roles (and that these actors took the roles). It gives whatever statement or experiment Peckinpah was going for a sort of heft that might not be attainable otherwise.

The Wild Bunch famously closes with a deadly shootout, a bloodbath. It opens with one too, which may be the most jarring thing about the film for its initial audience in 1969. This is what gets talked about most, it seems with this film over the years. Both sequences are brilliantly conceived and executed, making the overlong runtime fully worth it. All the details have been alluded to, so I won't go into it again. There is just top-notch, unique filmmaking happening here that echoes so loudly it the films I came to love growing up a generation and a half after it. 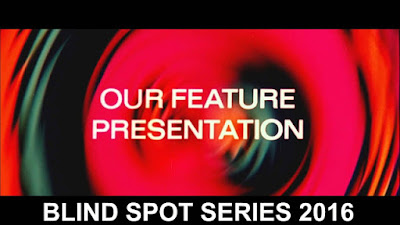