I missed out on picks last week, which sucks! because I love a good gambling movie. I was gonna make the case for the under-discussed late 90s Miramax Matt Damon flick Rounders, specifically praising John Malkovich's brilliant turn as the Russian poker player, Teddy KGB. Anyway, I started back to work after nine weeks off last week, and to say I was too busy to make a Thursday post would be an understatement. I have now figured out what I did wrong. The problem is fixed. I have found the right time to keep making these posts.

The Novel. The Novelist. Poe called them indulgent, even at the earliest outset of their possibility in America. We, of course, came to devour them, much more so than the short story or the poem, in our contemporary literary world. Tons of movies are based on them, too many if you ask me. Quite a few are about them and their writers. I myself made a short list of about 8, finally whittling it down to the three that follow: one based on a novel about a novelist (and other writers), one a perverse ride through the mind of a novelist all blocked up, and the other the story of a man whose interior monologue is not his own.

So, it's Thursday! Time again for Wandering through the Shelves' Thursday Movies Picks. This week: Movies About Writing/Writer of Novels.

The World According to Garp
dir. George Roy Hill, 1982

No movie can ever truly capture the work of John Irving. In his novel on which this film is based, he actually presents three stand-alone narratives within the narrative, writing as if he is the writer of his title, T.S Garp. Played in George Roy Hill's film adaptation by Robin Williams (in one of his first dramatic-ish roles), T.S. Garp is a kid born a bastard on purpose. His mother, Jenny Fields (Glenn Close), is an unforgiving feminist nurse with no desire for a husband or anything that goes with it, impregnating herself with a brain-dead WWII gunner, her patient. Garp wants to be a great novelist, but it is his mother who finds all the fortune and fame, causing a painful distance that Garp may never narrow. Spanning an entire lifetime, the novel is rich, disturbing, and hilarious. The film captures all of that, somehow, and that's enough. It hasn't been done with a whole Irving novel since. And John Lithgow as a woman is boss in this movie. 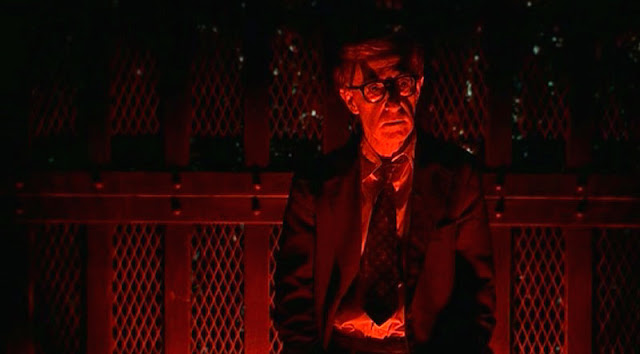 Harry Block has writer's block. Clever move, Woody. I took a class on the films of Woody Allen in college, and I chose this and its even less successful follow-up, 1998's Celebrity, as the topic for my final paper. I can't even remember my thesis at this point, but I chose to dive into this film because it is so far away from anything Woody has ever made before or since. It is about a struggling novelist, much in the vein of Allen's Manhattan, but this guy is a dark character. Here is Woody Allen defying the Woody Allen persona by doing one simple thing...cussing. This is one of the very few R-rated Allen films, and it really deserves it. Added to that, it does something with narrative film I've rarely seen. It delves into the idea of writing about what you know by blending real memories with fictionalized versions, using different actors to play the real and imagined versions of the same characters. It's really pretty damn cool. 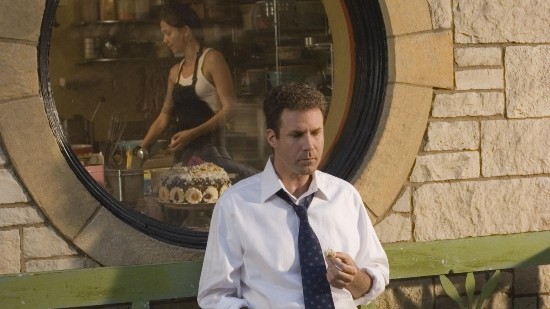 Here is one of the true cinematic delights of my lifetime. Very few movies make me feel as good this. It is simultaneously light, funny, airy and dark, tragic, heavy. It does this by tapping into emotions we all feel about stories and storytelling. Will Ferrell plays it pretty straight as Harold Crick, an IRS auditor, who wakes up one day with an interior monologue. The weird thing is that it is not his own. It is not first person but third person omniscient. This leads him down a path that was already his, though he wouldn't have known it. It is a journey that leads him to self-discovery through an attractive baker (Maggie Gyllenhaal), a scattered English professor (Dustin Hoffman), and eventually the writer of his story (Emma Thompson). I adore this movie. It is seriously one of the greatest movies since 2000.

Email ThisBlogThis!Share to TwitterShare to FacebookShare to Pinterest
Labels: Deconstructing Harry, On a Thursday, Stranger Than Fiction, The World According to Garp, Thursday Movie Picks