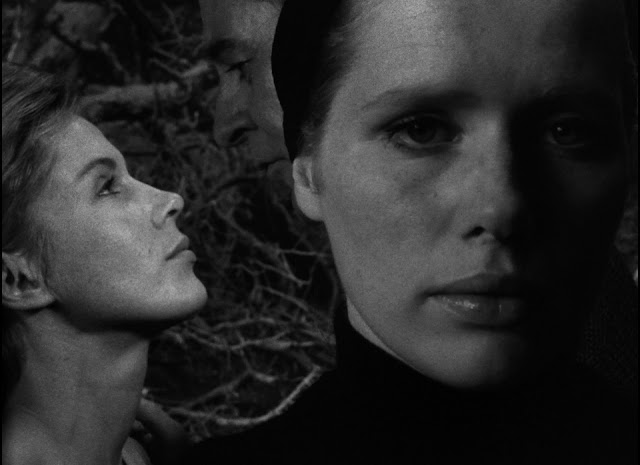 Big problem here. I haven't seen many. And I regret that, especially that I've only seen two Bergman films (one...listed below, the other...Wild Strawberries...which I didn't love). I have yet to truly LOVE a movie of any of the Scandinavian countries. But, when you've only seen a total of four, the odds just aren't there.

Let's face it:  I'm American. And I always go to American films first. The problem is that there are SO MANY movies produced here in my home country, I can hardly keep up with everything I want to see. That makes it doubly hard to see a lot of World Cinema. I try to get to the foreign language critical darlings each year but even that is a challenge.

So, I offer you, on this Thursday, three quick picks as part of Wandering through the Shelves Thursday Movie Picks, movies I've seen that fit the category but that I can scarcely say I love, or even remember that well. 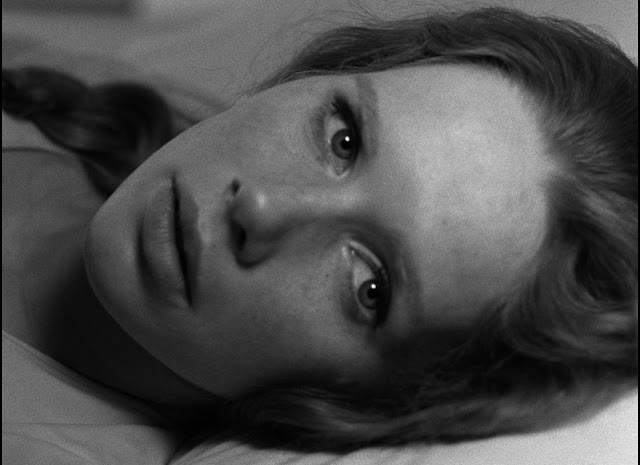 I remember finding this movie wholly fascinating, disturbing, impeccably shot, perfectly performed. But that is seriously it. It's been almost ten years. Would love to re-watch, and I need to see more Bergman, in general.

The Girl with the Dragon Tattoo
dir. Niels Arden Oplev, 2009

Language: Swedish and some English

While it pales in comparison to David Fincher's darker, moodier, more polished English language version, it does have Noomi Rapace, who is every bit as good if not better than Rooney Mara as Lisbeth Salander, quite simply one of the most compelling characters in modern fiction.

Language: Danish with some Swedish, English, and Arabic

I'll direct you to Four Ways a Best Picture 2010 for my full thoughts. I found this movie quite effective most of the way through but expected a stronger ending and felt a bit let down. It's solidly well-made though and brilliantly performed by a cast of top-notch Scandinavian actors.