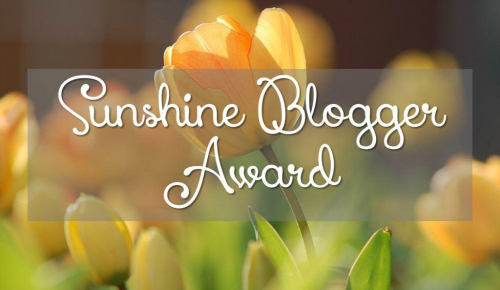 Sati, over at the vibrant monster of a great movie blog, Cinematic Corner, has given me the Sunshine Blogger Award. Which I gladly accept. And I thank you so much for it and for being one of the first people to accept me into this little movie world of ours.

Of course, there are rules for receiving such an honor...

Here are the ones for Sunshine:

1. Post the award on your blog
2. Thank the person who nominated you
3. Answer the 11 questions they set you
4. Pick another 11 bloggers (and let them know they are nominated!)
5. Set them 11 questions

Here are my questions:


1. Who would play you in a movie based on your life?

Paul Schneider. Smooth, thick-haired, Southern. Me. He's on my mind these days since the wife and I are re-watching Parks and Rec from the beginning for the fun of it. But I love his work, especially in the early films of David Gordon Green. I relate to his character in All the Real Girls more than just about any other movie character, even if I am so different from him in so many ways.

2. What is your favorite movie ending of all time?

All-time though, well, the one in my head right now is P.T. Anderson's Boogie Nights. Marky Mark facing mirror, unzipping his white trousers doing some karate, bowing out, ELO's "Livin' Thing" on the soundtrack. Such the shit!

3. Who is your favorite cinematic Batman? 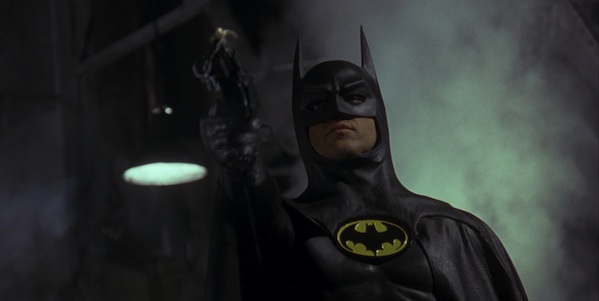 Michael Keaton. There really isn't another option. Nolan made the better movies, but I can take or leave Bale. I actually liked Val Kilmer, but Batman Forever just gets worse with each passing year. It worked when I was 10 though. Clooney. Hahahahaha! Nope. I haven't seen Affleck yet, except for his two seconds in Suicide Squad. He won't beat Keaton.

4. What is the funniest movie you've ever seen?

My go-to comedy is David Wain and Michael Showalter's brilliant tongue-in-cheek homage to summer camp and summer camp movies, Wet Hot American Summer. It is the funniest movie ever made. It's one where the weirdness overrides the stupid meaningless plot (or lack of plot) and you get to just sit back and admire genius actors from Ken Marino and Jo Lo Truglio to Janeane Garafalo to Amy Poehler on up (or down) to Bradley Cooper doing improvisational comedy on film. Oh! And Christopher Meloni. Fucking genius.

5. Your sexiest movie character ever choice?

Honestly, the only thing in my mind is this:

6.  What do you like most about our movie blogosphere?

I just read M. Brown's response to this question, and I could say the same thing he did. I am not a good member. I don't get around to other blogs nearly as much as I should. But I love how loving and accepting we all are. I am never in fear of being attacked or berated for not having seen this or that movie, or for only watching certain types of movies, etc. It is just comforting...as it should be.

7. What is your favorite movie blog?

I love them all. The first time I saw yours, Sati, when I first started and we were on the Twice a Best Actress panel together, I fell in love. I am still in awe of the aesthetic you've created there. I am not savvy enough to even compare. I also really love and miss Fisti's regular posts. It was Drew who made me a part of this thing to begin with.

Just remember to breathe and you'll be okay.

9. What is your most anticipated movie at the moment?

Easy. Damien Chazelle's La La Land. We've all been itching for an original musical, even if we didn't know it. Second on my list is Ewan McGregor's adaptation of Philip Roth's American Pastoral.


10. What is the most underseen movie you love?

Brad Silberling's 2002 masterpiece Moonlight Mile. It is still my favorite movie since 2000. Set in the early 1970s (my favorite of all periods for period pieces), it starts out as a tragedy, a family dealing with the death of its daughter. The family is played by Dustin Hoffman and Susan Sarandon with Jake Gyllenhaal as the fiancé. It quickly evolves into a romance, a romantic comedy, a human comedy, a story of how loss shapes our lives, even if the holes it leaves can never be fully mended. And the soundtrack! One of the best ever assembled.

EVERY SINGLE PERSON ON EARTH should see this movie.

11. What movie character do you identify with?

I am actually the somehow lovechild of Michael Cera and Jonah Hill in Superbad. Fucking exactly.

I will have to bow out of the requirements to nominate and question others, I'm afraid. Most, if not all, of the blogs I regularly read have been taken care of by Sati or someone else's post.

But, if you're reading this. I appreciate you. I love your blogs and all of you, and I hope in the comments you will, since I am in the midst of a 40 Book Challenge with my students, answer these two questions:

Thanks again, Sati! And thanks to everyone who stops by and talks movies with me.