Ah, College! Fodder for some of the funniest movies ever made. Because college is funny as hell. And fun. And messed up (I have one of those today!). And crazy. And fun.

And my first little 8th graders I taught are already Juniors in college. And that makes me sad. Then happy. Then fucking jealous.

It's College Movies for Wandering through the Shelves Thursday Movie Picks. And I have a Top Five this week. 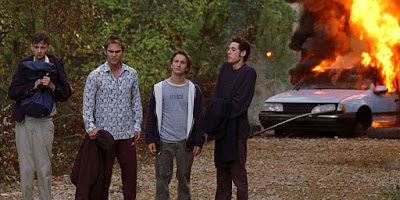 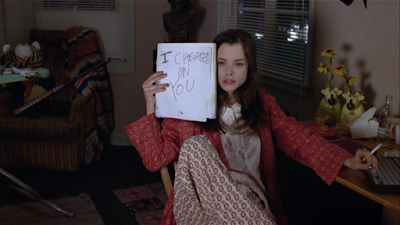 Because no movie gets first-year post-college better. You know? That year when you still want to be in college but can't be, so you hang out with your buddies at the same college bars and work the same college job just to avoid real life... 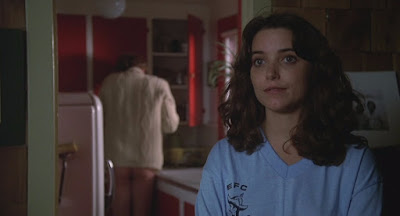 For being my favorite movie to quote, and for having more iconic movie characters that I can count on one hand.

Because of the soundtrack mostly...Donovan's "Colours"; Nilsson's "Without You"; George Michael's "Faith"... And the visual style. And the depravity. 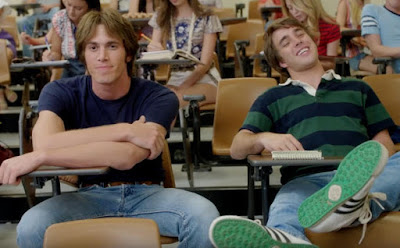 Because he made the best high school movie ever too. And this one will be in my year-end Top Five. I don't care how good this Oscar season is. The last scene of this movie is, alone, enough to make it the most relatable college movie of all-time.

And just so you know...the 1998 masterpiece Dead Man on Campus damn near made this list. Becuase Cliff!

Email ThisBlogThis!Share to TwitterShare to FacebookShare to Pinterest
Labels: Animal House, Everybody Wants Some, Kicking and Screaming, On a Thursday, Road Trip, The Rules of Attraction, Thursday Movie Picks, Top Five