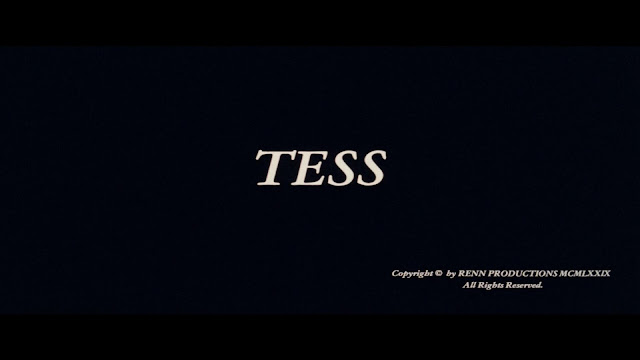 Tess came to my Blind Spot list when I called a mid-December audible. I had originally planned to watch The Passion of Joan of Arc, but my Dad passed away, prompting my Mom to tell me all about the movies he loved when they were first married. This is the one she mentioned first and with the most fervor. She seemed certain that my Dad most loved it because he "liked that actress that was in it." I concur, so I'll focus on that.

The one thing that stands out about Roman Polanski's epic adaptation of Thomas Hardy's novel Tess of the d'Urbervilles is its star Nastassja Kinski, at the time an 18-year-old beauty with an ability, as evidenced throughout the entirety of the film's leisurely runtime, to elicit emotional responses ranging from empathy to infatuation and back and around again. Each passing phase of her tortured life a reminder of the blessings and curses of female beauty.

Kinksi plays the title character, a peasant girl from the English countryside whose family may or may not have descended from an ancient noble lineage. Tess, the eldest daughter of the Durbyfields, is sent early on by her drunken father and hopeful mother to the home of a Lady d'Urberville, where she meets the family's suave creep (for lack of a better phrase) of a son, Alec (Leigh Lawson), a man who always gets what he wants and takes exactly that from probably everyone, most notably the title character.

d'Urberville's affair with Tess provides the initial blow that will set her fate in motion, leading her to grieve the loss of her innocence and the loss of her child at the same time, finally moving off to a dairy farm to work as a milk maid. There she meets the true love of her life, a man she encountered briefly years before called Angel Clare (Peter Firth), who loves her in very clear return until the moment of Tess' truth tests him to the brink of his very existence.

The film's final act finds Tess reunited with both of the men who have loved her, neither capable of lifting her from the situation of her birth, bound by the constraints of the Victorian England. 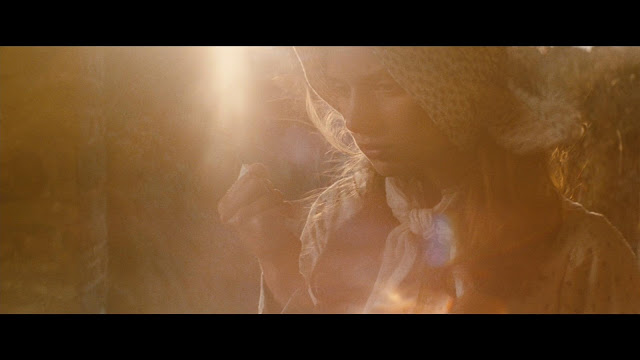 As in Hardy's novel, there is a strong focus on Tess' connection to nature. The majority of the film is made up of exteriors. Pastoral landscapes at magic hour grounding us to the setting and how it shapes the journeys of Hardy's characters. Tess is a farm girl, who finds herself increasingly tethered to the harsh land underneath. Likewise, both of her men have this connection as well, but it is happier for them. Alec picking apples for Tess, sun streaking through the trees, bird song. Angel whisking Tess through the sun-drenched pastures, lovingly serious in his gaze on the sunset carriage ride, carrying her with the tenderness he can't possibly give the other girls, all of whom adore him and show it.

The best sequence of the film falls almost exactly in the middle, a truly climactic episode leading to Tess' marriage to Angel. Polanki's camera, handled by the Oscar-winning duo of Geoffrey Unsworth (who died during shooting) then Ghislain Cloquet, stays close to Kinski's striking face as she debates outing her truth in the midst of falling in love. Tess pens a note revealing her past to Angel, only to find that it was mistakenly hidden from him. In the best shot of the film, perhaps one of the greatest single shots in all of cinema, the camera follows Tess down the steps from Angel's loft, as the sun literally sets around her, sets on her life. The rest of the film cold and gray in stark contrast to the first half's sunny hopefulness.

Tess is the sort of film that requires patience. It doesn't move particularly well at times and seems redundant and boring. That's not to say that Polanski is trying to hit us over the head with anything, but, in attempting to capture the novel's scope (which I'm guessing it does well having never read it myself), it loses an entertainment quality that may have made it a true masterpiece for me. Three hour movies can be as exciting as any if the pacing is consistent. Sadly, that isn't the case for Tess.

Its Oscar wins for cinematography, costumes, and art direction can't be denied though. The cinematography is particularly special in the way it highlights the natural elements of the story, servicing its themes without constantly calling attention to itself. Then, when it does call attention to itself, we rejoice in its splendor. It's one of the handsomest films ever made, matching the beauty, and pain, of its star in every frame. Which makes sense, the film is called Tess (and only that) for a reason.