Like Mom's Meatloaf or a hot Chicken Pot Pie, movies can be as comforting as your favorite food, which, for me, is currently the Hot and Sour Soup at this little Chinese hole in the wall about a mile from my house in Tennessee. At barely 3 bucks, it is seriously better than the $12 bowl I had at this upscale place in Toronto...anyway...

I've been coping my way through life with movies for as long as I can remember. And, so I like the theme (A LOT!) this Thursday as part of Wandering through the Shelves' Thursday Movie Picks.

Ahh, Comfort Movies...kick your shoes off, put your PJs on, it's been a shitty day. Here's how you make it to tomorrow (in threes): 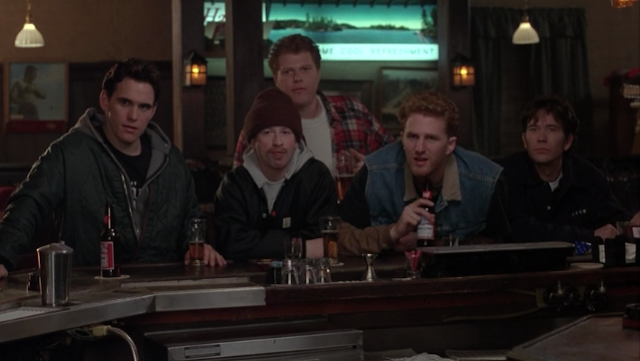 Because of the charm, the way you can't quite remember the sequence of events. It's a fond memory, a loving one.

Because no movie has made me feel more secure in the how I think and feel as a man. Plus, that "Sweet Caroline" scene.

Because it's like P.T. Anderson said to Marc Maron when asked what this movie was "about"... "It's about love, man." And it's lovely. I am so stoked when I think about the fact that I know I'm getting this on Criterion Blu-Ray for Christmas.


Three Films with Bill Murray (that start with a G) 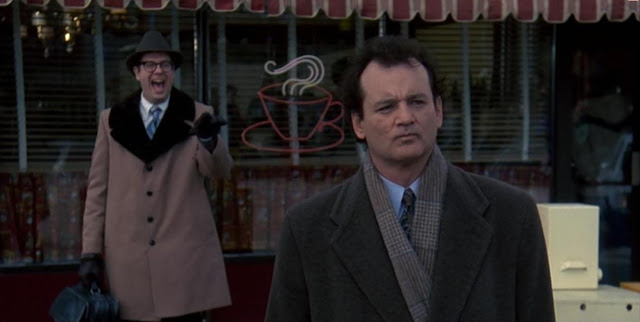 Because it's awesome. And I watched it on repeat as a kid.

Because it is one of the most brilliantly written and edited films ever made (and it's totally under-praised for that.) It is just so damn clever and so much fun to watch.


Three Films of Steven Spielberg (made pretty much in a row)

Because fucking Robert Shaw, man. "Farewell and adieu to you fair Spanish ladies..."

Close Encounters of the Third Kind
1977

Because the magic of movies, man. This is 100% PURE movie.

Because that hat and that whip and that leather jacket and that dude wearing it, an instant icon.


Three Films of Wes Anderson (all with Bill Murray) 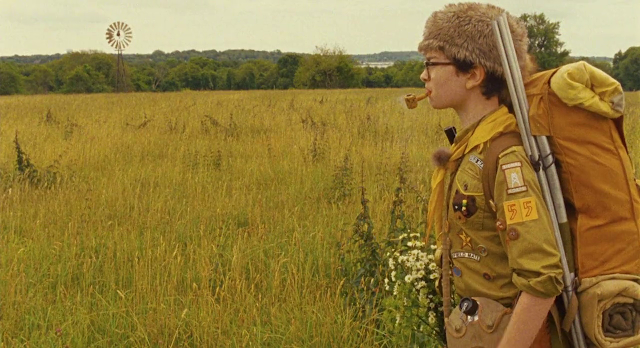 Because it just spoke to me and taught me what movies can also be.

Because of that Alec Baldwin voiceover and dry wit and that unreal great soundtrack.

Because it is one of the most perfect, beautiful stories about love I've ever seen. And the lovers are 12.

Because of all that Aaron Sorkin grandstanding, delivered to perfection by Cruise and Nicholson.

Because it got me through my first year teaching. I watched it three nights a week. "Wait for me, Abby Bernstein!"

Because it is the smartest stupid movie ever made. Simple...but epic.

Email ThisBlogThis!Share to TwitterShare to FacebookShare to Pinterest
Labels: On a Thursday, Thursday Movie Picks, Your Comfort Movie