This movie comes to my Blind Spot by way of my goal to finish all of the Best Picture winners from the 1970s. With this one, the winner for the year 1979, I can check that decade off the list, all these years later, a journey that started with "The Godfather" on VHS tape now 18 years ago.

Dustin Hoffman carries director Robert Benton's "Kramer vs. Kramer," raising the picture to emotional highs moment to moment from start to finish. It is no wonder he took the Oscar for Best Actor. Consider the moment that comes just hours after his Ted Kramer finds his wife, Joanna (played by Meryl Streep), has decided to leave him and their 7-year-old son. It's "what should be one of the top five days of my life!!" he loses it at their neighbor, Margaret (Jane Alexander). And it's just not. And that is disappointing, perhaps the most hurtful thing. Hurtful because it's true. Who hasn't felt something the one he loves slipping away and then thought only of himself?

As it happens, this is a brilliant way to start us into this character. We don't know the wife character well enough to understand why she leaves. We have to get it from Dustin Hoffman's performance and the way he with director Benton find the nuances of a man who has to learn how to be a different kind of man without taking the time to actually think about it. Of course, he doesn't have the time because he's a hotshot ad man on the upper management track, and now he has to prepare for his presentations with glasses of juice and toy cars in the way. He has to deal with school and school work and bullies at school and French toast for breakfast and falls on the playground. He manages. Because that's what good parents do. 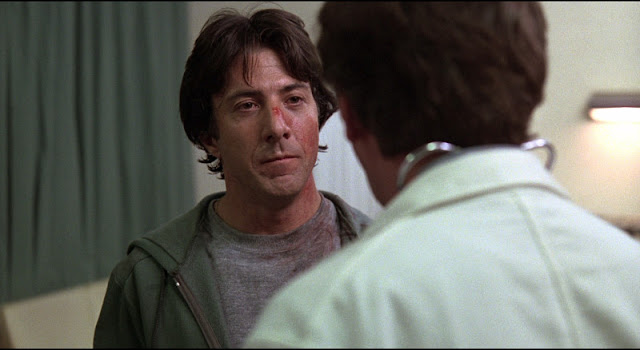 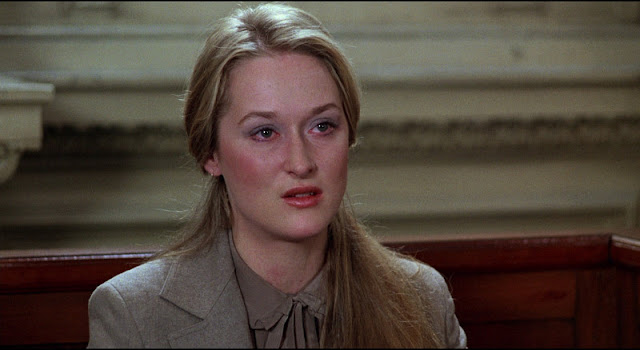 When Joanna returns, Meryl Streep brings her game and wins her Oscar, and now we understand her, which is the second thing this script, written for the screen by director Benton from a novel by Avery Corman. In disappearing her so early and bringing her back with time to know her, there is equal weight to their sides of the story, which is paramount in a story of divorce and custody of a child.

The divorce and custody battle thing is well-worn by now. The stakes don't seem as high now as they most likely did at this film's release in 1979. And the middle of the picture drags as the legal battle warms up. But by the end of the courtroom scenes, it got it back, bringing the exact sort of feels one expects from this sort of story and doing it well, because, well, Meryl Streep and Dustin Hoffman and that kid, the youngest Oscar nominee ever, Justin Henry, just elevate it.

The last 5 minutes of this film are absolutely beautiful...and heart-wrenching. And the last exchange between Hoffman and Streep. That elevator going up this time. Perfection. I cried.