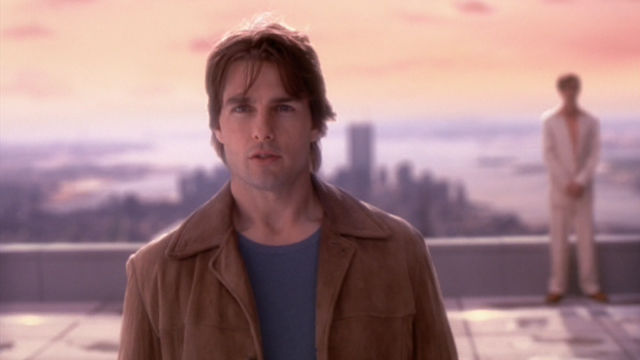 Hows about a Tom Cruise* trifecta on this fine Thursday?

It's Wandering through the Shelves' Thursday Movie Picks, Tall Buildings Edition, and I have an acute case of vertigo. 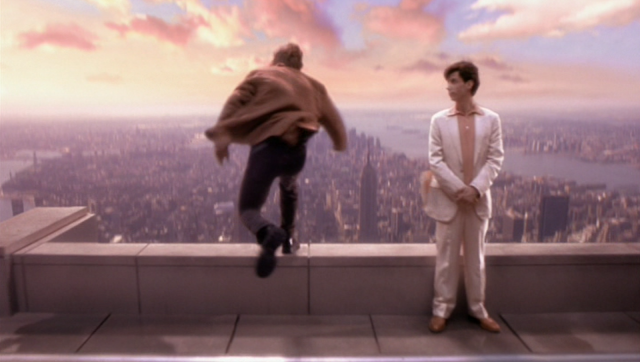 Building: The offices of Life Extension (L.E.), a figment of the protagonist's imagination.

This particular setting provides for a deeply moving, mind-blowing reveal at the end of the picture, a contemplation on the fears and desires and life choices of a conflicted man. This scene is played perfectly by Cruise, Penelope Cruz, and Noah Taylor, brought to visual and auditory splendor by director Cameron Crowe with that Monet sky and Sigur Ros' "The Nothing Song."

There are numerous chases from great heights in this sci-fi masterpiece of Steven Spielberg. It is Tom Cruise at the height of his movie star power, one where he bridges the gap, truly, between real actor and action hero movie star. Spielberg knows how to make you feel suspense in one shot. This one here is no exception. And it's tremendously exciting cinema.

*I'm in the process of becoming a Tom Cruise completist. Stay tuned...