Not What You Wish For 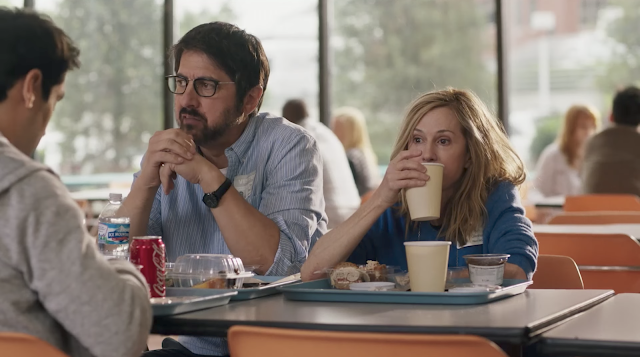 A Review of the new romantic comedy/drama The Big Sick.

Everyone on the Internet, which to me is Google Blogger and Film Twitter, is in love with this new romantic comedy-drama called The Big Sick, with the story behind it driving a lot of the conversation.

Its Pakistani-American star, the comedian Kumail Nanjiani, co-wrote the script with his wife, Emily V. Gordon, which tells the story of the tumultuous beginning of their relationship in which she is reluctant but they fall in love only to find that it may be a dead end, since Kumail is expected to marry a Pakistani girl in an arranged marriage.

And then, well, Emily get sick and finds herself in a medically-induced coma.

During the time Emily is in the coma, Kumail finds himself drifting even further away from his family and into the lives of Emily's mother and father, who have come to Chicago from North Carolina to be by her side...and, unexpectedly, his as well.

Kumail Nanjiani is most well-known as a stand-up comedian and a supporting player in the hilarious HBO series Silicon Valley. He, naturally, plays a version of himself here and does it very well. If he is actually as sincere and as charming as this version of himself, he is indeed a dude I like.

Emily is played in the film by the actress Zoe Kazan, who I adored in the 2012 romantic comedy, Ruby Sparks. She is every bit as adorable, if in a different way, here. She is also sadly missing from most of the film because of the coma bit.

The Big Sick, directed by Michael Showalter, who made the atrocious Sally Field dramedy Hello, My Name is Doris last year, has certainly upped his game here. This movie is being widely hailed as original and heartfelt and funny. It is without a doubt all of those things.

It is also a thoughtful meditation on the lives of Muslim-Americans. Kumail is proud of his heritage. (His one-man show is a detailed history of Pakistan and the game of Cricket and is hilariously boring.) But he hates its rules on love and marriage.

These are stellar dinner table scenes. Consider the one girl who comes in blazing with lines from The X-Files, shamelessly hoping for Kumail to be the one, so they can finally stop the charade and have a life.

Meanwhile, he can't dare tell any of his family that he is falling in love with an American girl, who is interesting and attractive and quirky in just the right ways, the type who calls you out on your third date for forcing a favorite movie on her. "Is this your compatibility test, like your Big Lebowski?" And things go from there.

And this is a great romantic comedy. It is original and heartfelt and funny. 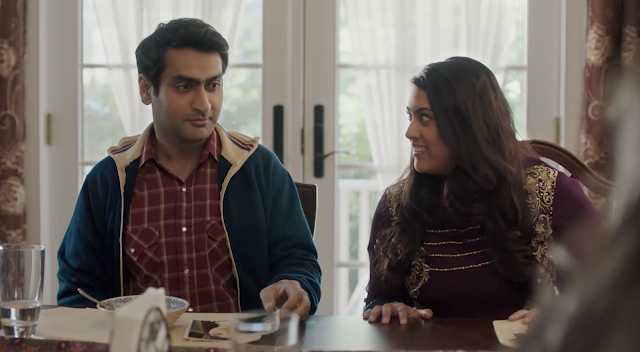 Then it becomes another movie entirely, a painful dramedy about family and love and marriage starring Ray Romano and Holly Hunter as Emily's parents, Terry and Beth. The way the film shifts to its dramatic middle act while also using these great actors to comedic perfection is impressive. (The awkward lunch in the hospital cafeteria featuring a discussion of 9/11 will go down as one of my favorites scenes of the year.) The older couple's presence in Kumail's life offers him a glimpse at love and marriage he was sure he wanted...and now understands. His own family could never teach him that.

And this is a great dramatic slice of life. It is original and heartfelt and funny.

The problem is that there isn't enough of either of these stories. Part of me wished Judd Apatow had actually directed this one, if only for his patented 140-minute runtime.

I wanted more Zenobia Shroff, who plays Kumail's traditionalist mother with a ferocity I could watch all day.

I wanted a full third act that didn't simply gloss over the pain of Kumail's separation from his love and her family and his own family.

But maybe what I want is too intimate even for a movie as profoundly intimate as this one is. In a true story, written by the people it actually happened to, and starring one of them, maybe ALL of the story was just too much, too close, too soon.

What I do know is that The Big Sick is original and funny and heartfelt, just as the Internet says. I won't be the guy who hates this one. It's well worth watching, even if it didn't give me exactly what I had hoped for or wished it could've been.

Screened at Regal Riviera 8 in Downtown Knoxville on July 15, 2017.