The most wonderful time of the year...(Part 1)

Winter Break, or Christmas Break, if you want, since nobody ever told me I had to stop saying Christmas, even though "President" Trump made it great okay again anyway.

But seriously, as a public school teacher, I get to looking forward to Christmastime mostly for those two weeks off where I get to really dig into my movie-watching hobby. It also works that all the good stuff finally in theaters. Well, most of it... And go to the movies I did. Five new movies in a little over a week and a half. All of them pretty damn good. One of them great. All of them bought and paid for by my first $9.95 payment to Movie Pass. Like, really? How is that gonna last? I say strike while the iron is hot on that deal.

Anyway, here are my takes on five new movies from 2017, all of them likely Oscar contenders: 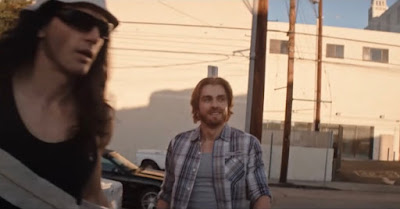 Meta on so many levels it’s hard to even keep up. I mean you have an actor-turned-director directing a movie about an actor-turned-director (and then some) directing a movie about directing a movie while also acting in a movie within a movie in the character of one of the most elusive, well, characters in cult cinema history. Beyond that it chooses to put on layers of artifice in the way its makeup and costume departments deliver. Dave Franco’s clearly fake beard. Josh Hutcherson’s ludicrous wig. Etc. These things take you out of this professionally made film the way mixing whiskey with vodka and throwing a football takes you out "The Room". Added to that, it is clearly no mistake that football throwing provides the highest and lowest moments of pathos from both Francos in what is essentially a two-man show, despite a who’s who of perfectly cast cameos and supporting parts.

The best part is none of that though. It’s the way Franco loves this material so much, the way it amalgamates the rich lore upon which Greg Sestero’s memoir is built and then hits you like a ton of Hollywood happy bricks in the end

"The Disaster Artist" doesn’t always work. It skips over years of what could be interesting material revolving around Tommy Wiseau’s ongoing obsession with this best friend, Greg, rushing right into the making of "The Room", all of which is solid gold (hard to complain). But I wanted to know more about Sestero, especially given how superb Dave Franco is in portraying him. I wanted to know why rush this movie. For a guy who loves a 90 minute movie (for real), I would’ve liked 120 here. It’s just missing something.

Perhaps it’s the greater film, richer especially in terms of tone, than J.J. Abrams’ 2015 entry in the ongoing saga. It is grander too. Deeply and darkly epic and delivering small moments of gargantuan effect. This thing is quite moving, especially in its final hour. And I’m so in love with how much this film, channeled through Johnson, loves all of these characters as actual people with real emotions, new and old alike. Newcomer Kelly Marie Tran as Rose is a major highlight.

But it didn’t leave me, though it tried on its superb reveals, with the same giddy thrill I felt, the high I got from "The Force Awakens". Perhaps it’s too big, too rich in its themes for me to quite grasp on first viewing. That very thing may be a strength, not a weakness. In that way it is, and rightly so, more like its mid-trilogy counterpart in everyone’s favorite...Episode V. It demands that I see it again. "The Force Awakens" didn’t require that.

Knowing small rural towns like Ebbing, Missouri, itself the main character of Martin McDonagh's masterful new film "Three Billboards outside Ebbing, Missouri," is key to this movie's success. At times it almost feels like a setting in more of a literary sense, a place not so much realistic but as representative of the experience of Small Town, America. A place built of people full of darkness only lightened by their willingness to fake it. It's no wonder writer-director Martin McDonagh has a character reading Flannery O'Connor. Her best work is about the causes and effects of violence that seeps out from the facades of "good" people.

Check out my full review. 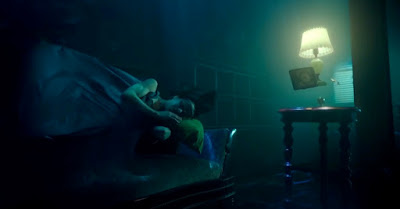 "The Shape of Water" is a peculiar movie, one that somehow manages to thrive on the familiar emotional beats (almost to a fault) of a period romantic melodrama as well as a sci-fi adventure while constantly feeling fresh every step of the way. It is the adult fairy tale as promised. It’s a movie that inspired “oohs” and “awws” from the crowd in my screening and even a quite vocal “Oh my gosh. No! You gotta be kidding me. You gotta be kidding me.” (Ugh! People...) That coming from a trio of middle-aged ladies who seem to have stumbled into something for which they weren’t quite prepared. Like I said, “fresh.” And that with a solid cast giving perfect performances all around. Sally Hawkins is charming as ever.

This flick begs the question: How is Jessica Chastain even a thing? She is immaculate. This is top of her game Chastain in emotion and sex appeal. She straight spits the fire that is that Sorkin dialogue. Where the movie misses is that Sorkin is only a competent director. There’s nothing new here and it all feels a bit safe. It lacks flare. It has, though, what O. Russell didn’t have with Jennifer Lawrence and “Joy” a couple years back...this movie knows how to tell a story.

Writing is not a problem for old Sorkin. Those nice punches of dialogue for what is a dream cast of actors. Elba and Chastain, Chastain and Costner, Michael Cera as a poker-playing movie star creep... This is entertainment at the highest level. And will be for you too, IF you, like me, love what Aaron Sorkin does best.

...a profound paraphrase of the words of Michael Haneke and takes on the movies I watched at home over the Holiday break.