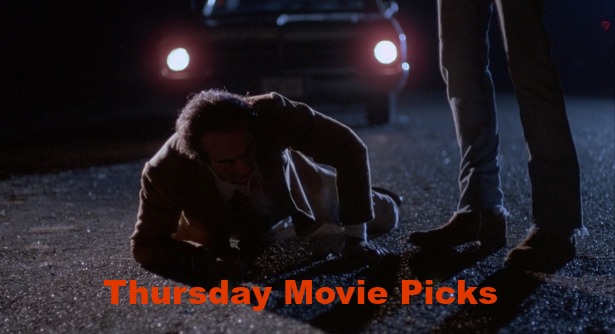 On Three Favorites that played a Sundance past

As Ari Gold said it best, "You don't come to Sundance for the cold, you come for the heat!"

Yes. America's biggest film festival, once simply called the US Film Festival, often sets the tone for the year. It is a cold, snow January movie heaven built in a Utah ski resort, and it showcases, now, hundreds of films each year, some of which become awards contenders later on down the line.

I want to go someday.

For now, here are three that came to mind for me, as part of Wandering through the Shelves' Thursday Movies Picks. 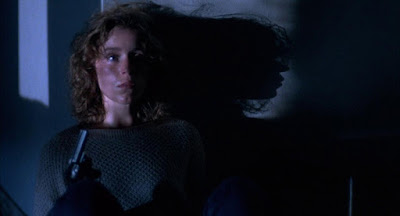 Taking it back to the first "BIG" year of the festival, when it started becoming what we know it as now. Back then, it was still called the US Film Festival presented by Sundance Institute. And that very year introduced what we know of as a "Sundance Movie," which, to me, consists of movies with professional qualities from emerging filmmakers, or filmmakers without big budgets. As lore has it, the Coens actually raised the money to make the film by shooting a trailer that they shopped around to investors. And this one is a game-changer, creating the eventual genre we would come to know as simply Coen-esque. It is dark, funny, violent, and badass. 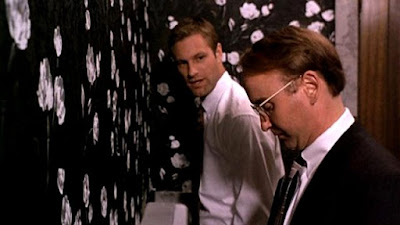 Wanna have a conversation about how shitty men, especially entitled men, are to women? This is THAT movie. What's more is how LaBute layers on top how shitty some of those same men are to other men. Aaron Eckhart is the quintessential corporate hot shot, a misogynist like no other, who teams up with his schlub of a partner (Matt Malloy) to purposefully emotionally wreck a vulnerable woman, in this case an attractive, deaf co-worker, just because they can. LaBute made his name here as a totally unique and challenging writer/director. 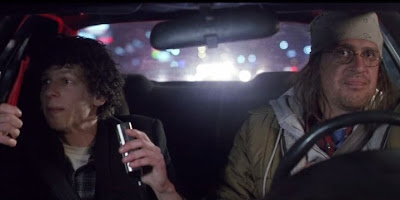 When the news came out of Park City that Jason Segel had killed it as real-life, manic depressive genius novelist, the late David Foster Wallace, I knew I was in. What I didn't know was just how much this movie would affect me when it finally came out to zero fanfare in the late summer of 2015. A two-hander between Segel and Jesse Eisenberg as David Lipsky, a journalist and would-be novelist, who went on a week-long wintry book tour with Wallace for Infinite Jest. The script is based on the book that came of those conversations, basically a transcript called Although Of Course You End Up Becoming Yourself. Literary bliss, this movie. Full-ish review.

Email ThisBlogThis!Share to TwitterShare to FacebookShare to Pinterest
Labels: Blood Simple., In the Company of Men, On a Thursday, Sundance Favorites, Sundance Film Festival, The End of the Tour, Thursday Movie Picks