Devouring the Oscars--Actor in a Leading Role

So, who will join the men who came before in the most coveted of acting awards? That's the question offered to me by the great people over at The LAMB. This year's nominees are all, first, perfectly cast, brought in and allowed to shine as full collaborators in the passions of some of our finest filmmakers, even if one of them didn't quite work itself out as a great film.

It was a great year for leading men, in general, with only two of these gentlemen making my personal lineup of the year's best five leading male performances. Chalamet is my personal choice. Day-Lewis would likewise make my list. It's a shame a few performances from smaller films missed. Adam Sandler's work in Noah Baumbach's "The Meyerowitz Stories..." got on my ballot in the film's first five minutes. Nobody did fiercely flawed anywhere close to the level of Robert Pattinson in "Good Time." And where is Jake Gyllenhaal? His work as Boston Marathon victim Jeff Bauman in David Gordon Green's "Stronger" is a masterclass in exhibiting both the most tenderness of love and the intensity of extreme fear and pain.

That's not to say that Daniel K. and Denzel and Gary didn't do great work. All would make my top 10 or 12. But that's the way it is... We don't always line up with Oscar, but Oscar has certainly named five of the year's best performances to the pantheon of America's beloved cinema.

Here are the nominees for Best Actor in a Leading Role:


Timothée Chalamet in "Call Me By Your Name" 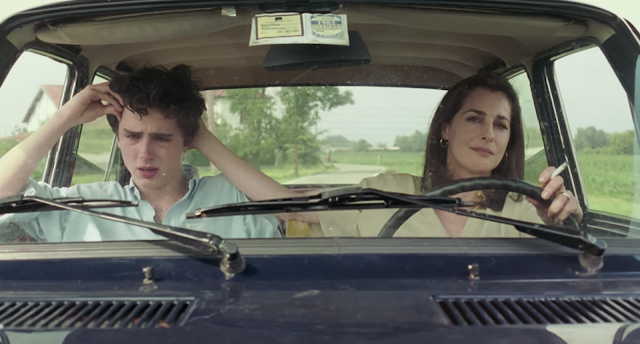 Fully committed, lived-in work by a young actor totally inhabiting youthful lust and wonder in a film that seems to take those things as its primary themes. Chalamet contorts his body, wearing his own discomfort, the pain of desire and uncertainty permeating each long hour of the long buzzing summer of his experience. The way he reacts to Armie Hammer's Oliver, the range of emotions as he wavers among curiosity, attraction, need, is impressive in its authenticity. It informs the way he smokes that cigarette, hard, passionate, his obscure object dancing to the Psychedelic Furs. Timothée Chalamet's Elio is a character we love because he understands those of us who have felt that sort of longing that comes only when we're young. And his face in the final moment is the face of the young man who would get my vote if I picked a Best Actor in Leading Role this year. 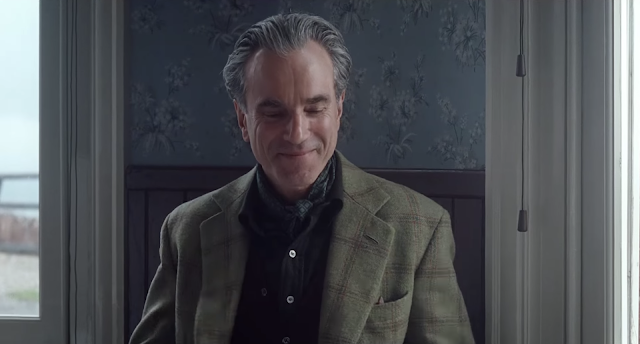 What more could we possibly get out of Daniel Day-Lewis at this point? Answer. The most. This is the performance of a true master in perhaps his swan song, a reunion with Paul Thomas Anderson in which he plays a 1950s London dressmaker angry with routine. It's a performance fully in tune with his director's vision, a portrait of the artist as an older man with certain needs he can't quite fill, demands no partner could manage, and the sort of negative idiosyncrasies only the strongest woman possible (or just the right one) could crack. Two women shape the narrative of Reynolds Woodcock, a fierce enabler of a sister Cyril, played by Supporting Actress nominee Leslie Manville, and Alma, played by an inexplicably un-nominated Vicky Krieps, his equal in every way. Daniel Day-Lewis' Woodcock is a difficult man, the sort of routined older man we all hope-we-don't-but-probably-will become, viciously annoyed by the forks on teeth, knives on toast, tea when its not time. And his ability to manner that anger is case and point for his place as the Best Actor maybe ever...and a perfectly deserving nominee.


Daniel Kaluuya in "Get Out"

There's a tentativeness to Kaluuya's work as Chris, the unwitting, if a tad suspicious, boyfriend to Allison Williams' Rose. And he carries that guard through the entirety of Jordan Peele's surprising debut. Kaluuya keeps us in lockstep through every shift in tone, every mind-blowing development. He seems always a bit on edge, like a boyfriend meeting the parents for the first time or a man trapped in a house of horrors unimaginable. There's also a lot to his face, now forever burned in the collective movie memory, tears flow from eyes wide open, memory, pain, and fear, quite literally "sinking" into his circumstance, trapped. "Get Out" is something. It's a movie that still eludes me to some extent, one that demands endless re-watches and seems to change in subtle ways each time I watch it. On first watch, Kaluuya didn't seem to do much at all, just as the film didn't. On re-watch, it seems this movie becomes something else entirely, and Kaluuya's performance likewise becomes the gift that keeps on giving, Best Actor work in a film nobody saw coming and that we may never get again. 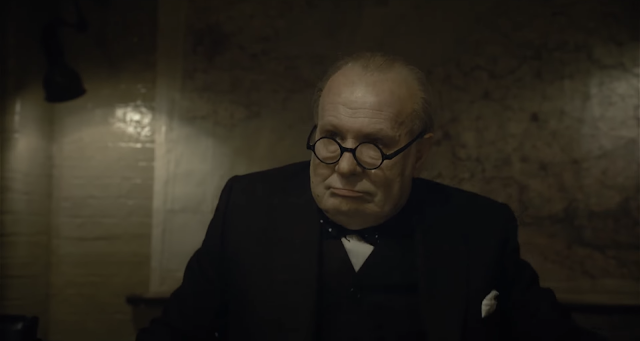 The outlier is also the loudest, the biggest, the heaviest, the clear winner. A lifetime achievement award for one of the most interesting actors of my lifetime. We often praise actors in terms of how well they disappear into the role. Oldman quite literally disappears (fat suit and prosthetics and makeup galore) into the larger-than-life Winston Churchill in his first days as Prime Minister. And so I dismissed it all as this year's "Iron Lady" and waited and waited to get to it. Then, I got to it. And it is proof of at least two things: 1.) Director Joe Wright is great at making movies; and 2.) Gary Oldman is a maniac casting choice that so works. He's got the loud, maybe drunk, cigar clouded thing down. He's got the loud, demanding, staunchly correct, speech-making thing down. And, and this is the very best, he has the small moments of pain, silent fear creeping in, despair for the loss of his country's sons, desire to find his way back to the people, his people. These are too the moments where you see Oldman's face buried in there, and you see how well that works just the same. Despite all that, I prefer nearly every other nominated performance, but I can live in a world where this performance wins Best Actor. 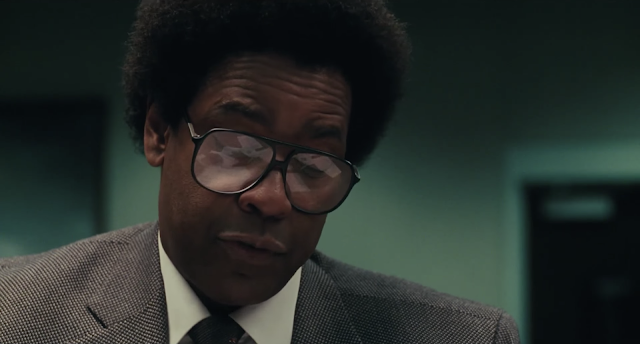 If all of this movie was as good as its first act, I might champion this performance as the best of the year. Alas, Dan Gilroy's screenplay or whatever it got turned into after filming and editing is epically flawed, manipulative, and turns what seems to be the perfect activist hero for our collective now into a man that doesn't resemble anyone that anyone knows. But Washington brings out the tics, the inner-workings of a man like Roman J. Israel, Esq. are fully brought to life, a man of massive intelligence, socially inept, too intense in his convictions to ever be more than a law office's chief researcher. And that's the first act, and, when the movie tries to make him more, so it loses us little by little. Even so, Washington never wavers and takes this character to that point and past. It's a committed performance from one of the greats that could never be played by anyone else. And there's something to be said for that, even if this performance has no chance of winning Best Actor. A shame too. I'd like to see Denzel get another statue, especially on the heels of such stellar work in 2016's "Fences."

So, to rank them (according to my personal taste):

And the Winner is...

Gary Oldman (I'd say that's all but a done deal...of course, if last year's show is any indication, anything can happen.)