Someone to Hold Me Too Close

My 18-month old boy was up from a nap and walking around making a bunch of noise as my wife and I watched the final few scenes of Marriage Story in our living room. Netflix had allowed us to experience this movie in pieces, a fact with which parents have to contend. And I felt so very moved because of all of that. There's just no other way to put it: Noah Baumbach's latest film is an honest, painful, lovely and loving experience. It is aptly titled. "It's what is is," to quote another recent Netflix conversation-starter and awards-contender. It is a common story, the story of most of us.

We aren't all successful theater directors like Charlie (Adam Driver), but we are obsessed with our own success and driven by our work. We aren't all married to Nicole (Scarlett Johansson), a once famous-ish young actress from a successful teen movie, but we may very well feel trapped in a life of the things we never explored. And we probably couldn't afford lawyers like Nora Fanshaw (Laura Dern) or Jay Marotta (Ray Liotta). Dern and Liotta steal one scene together that is simply a powerhouse of character acting, vicious, funny, and, like most things in this film, true.

We might need, and probably should hire, more of a Bert Spitz (Alan Alda), someone willing to admit the nastiness of divorce proceedings in kindness, but we are children of divorce and sadness or we may be divorced ourselves, and/or we've fought with our spouses and we know how real it feels when we're staring at the end of something so special, losing sight of it, finding it again, allowing ourselves to feel pain because the love on the other side is/was/has been so good. At one point, in the performance of the year, Driver, as Charlie, sings those lines from Sondheim's "Being Alive" (from the musical Company), and we are moved by the need of a song to soothe us, or to help us let it all out, or in, and that all the regret would be worth it.

Charlie could be a better husband and father, a certainly common story. Driver is great at simultaneously making us both love and hate him, often within the same scene. The way he spits his venom AND inspires hope in the film's now-famous fight scene. The way he gets up to sing, then sits back down, but can't stop so gets back up again, and just belts it out. The way he bandages his silly wound at the end of a visit from a court-appointed interviewer. The way the final scene just.... Four of the year's most memorable movies moments for me, all in the movie's superior final act.

Nicole is a good mother but wants the freedom to grow professionally, a certainly common story. In her performance, we see moments highlighting the divide between regret and resolve. We see the difficulty in a marriage's give-and-take and fully realize that we often feel as if we are holding back to give to our partner and vice versa. Johansson is being undersold here. She is vital to the movie's success and great with Driver. Nicole's side of the story draws us into the often unnoticed power-dynamic in marriages that favors the man (in this and most cases), as Dern's character rants: "So, you have to be perfect, and Charlie can be a fuck up and it doesn't matter. You will always be held to a different, higher standard. And it's fucked up, but that's the way it is."

Baumbach's film invites us into the intimacies of Charlie and Nicole, and their son Henry, warmly. It lets us feel and react to every turn in its central tension, a divorce between two good people. It comments certainly on what the process of divorce does to people who should be focused on being less self-involved, present, better parents (they can hardly deal with their son's struggles with reading), lovers, people. But there's a good reason this film is not called Divorce Story. It's because of Baumbach's touch as a writer and director, his camera solemnly observant in this case, less active and stylish than in this film's clear spiritual prequel, the 2005 "divorce story" from the child's perspective, Baumbach's "The Squid and the Whale. It lets us into moments of love so perfectly placed that we would just as soon forget all that just to remember that all of it is simply, well, "being alive." 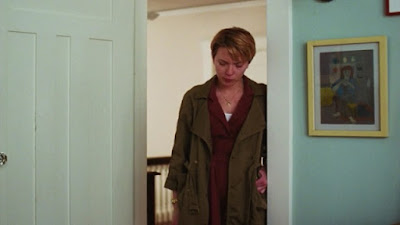 We don't have to be wealthy New York artists to know these things. We don't have to be semi-famous actresses on the way back up. Baumbach is ultimately too gentle here to allow such things to matter. Universal is what this movie seeks and what it gets. We see this film from where we are, and that makes it important. Netflix is right for this movie, for it has allowed it a huge audience that needs a slap of reality in its fiction.

In all the complication, it's simple really: Marriage Story is the best movie of the year.