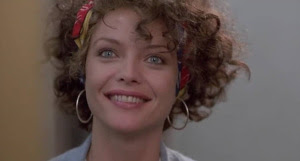 Be a Man! See "Little Women"


Guys, seriously, if you're still walking around in the year 2020 dismissing movies as "Chick Flicks," then I just don't know what to do with you. Go see "Little Women," I don't know...

Speaking of "Little Women"... maybe I do have a few ideas…

I don't expect anything out of the National Review, but I personally don't know anyone who thinks like this anymore, and I avoid people that I think might think like that, which is wrong of me, an unwelcome by-product of life in America right now, the most divisive time in my life time.

I should be trying to bridge divides. We all should. The world is and should be those shades of gray we like to talk about. (Movies can help with this, you know!)

The worst thing about Smith's tiny little three-paragraphs of division: he thinks he can speak for all men. And he thinks this: "It’s a peculiar feature of our culture that men who behave in predictably masculine ways find themselves chastised and scolded for not being more feminine."

First, nobody, not even the Washington Post op-ed he cites, is scolding all men. It is not harming anyone’s sacred masculinity.

The only scolded men in this case are the ones going on Twitter talking about being inconvenienced at the prospect of sitting through "Little Women" or being incredibly homophobic about having to go see "Little Women," as if a film about nice young women coming-of-age after the Civil War is going to turn them.

Second, it's not peculiar to want people to branch out, leave their comfort zone, be delighted by a delightful story of family and kindness.

Finally, I want to speak about choices. Smith does indicate, in his final paragraph, that we indeed have choices when it comes to movies. He writes, "It’s a great big country. People of all tastes can find something to their liking."

I'll admit: I avoid certain movies and TV shows because they just don't feel like me. That's fine. It's fine if someone doesn't want to see "Little Women." But making it because it’s about women is an antiquated reason to not go see a movie. Ok, Boomer?

My job as a lover of movies and someone who wishes to influence what people choose to see is to be open and honest and populist. I do believe that every movie is for everyone. We give it a chance and see how it works. I’m not perfect on this, myself. Ask my wife.

But to go to the length that Smith does to diminish an entire gender to only liking movies aligned with that gender is wrong. These notions must die.

Smith follows his line about taste and choices, ends his piece with this: “It’s not necessary for men to become women."

This is what the divisive biases of publications like the National Review do. They continue to black and white everything. They further divides between us, men and women, in this case. And that is wrong.

It is not necessary for men to become women and nobody is asking for that anyway.

It is necessary for men to understand women. And to love them as equals. And to consider enjoying the things their mothers, wives, daughters, granddaughters, sisters, nieces, etc., enjoy.

And to be honest, I don't know any man who wouldn't want to sit with Laura Dern, Saoirse Ronan, Emma Watson, and Florence Pugh for two hours. I mean… the crap is wrong with you?! 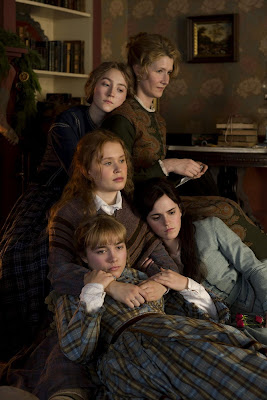 The best way to understand anybody is to be curious about what they enjoy. It is to seek out titles like "Little Women" not because someone is telling you it will make you more or less in tune with your gender or another gender but because you are a human being who likes sharing experiences with others.

"Little Women," as it happens, is a movie anyone can love. It's a movie I loved and that I felt totally comfortable loving.

My wife and I choked up at the same points, rejoiced, gasped, held hands during the show, and then talked about how delightful it all was over a big, fat Five Guys Bacon Cheeseburger.

The Washington Post piece Kyle Smith is responding to is Monica Hesse's "Dear men who are afraid to see ‘Little Women’: You can do this." In it, she does go a bit on the divisive side, going a little far with the fear aspect of a man going to "Little Women" without a female companion or in the prospect of suggesting to his drinking buddies that they go see it.

I would be down with any of those options and may even go back to see it again by myself…because it is the equivalent of mainlining warm blankets and is stunning to look at and even profound in the way that Greta Gerwig has restructured the story in order to repeatedly hit you with bursts of emotive power.

Her gorgeously designed period-perfect re-imagining also works to create nice, modern ironies for the deep-thinking types. (See? It really is for everybody.)

But let's say you identify as just another guy, a dude who just likes to go to the movies and you want to be a better man, like me say, as your 2020 New Year's Resolution...

Try this: the manliest thing you can do right now is take the women in your life, perhaps your mother, your wife or girlfriend, your daughters (of any thoughtful age), sisters, any of them, to see Greta Gerwig’s “Little Women.”

You could even gently joke that you took your Little Women to see “Little Women.” That’s a joke Father March (played in this version by Saul Goodman himself, Bob Odenkirk) would make. I mean...where does the title and the phrase “Little Women” come from, son!?

You will show them that you love them through this act. You will not be more feminine as a result.

You will, instead, be the type of masculine the world needs, the type that considers that there is more to the world than a masculinity defined, as Kyle Smith would define it, by buying a ticket for "Rambo: Last Blood.”

Head to Letterboxd to see my Most Recent watches and current Watchlist. Follow me there while you're at it!

I totally dug Alex's throwback to 1999 as a way to close out 2019. It has inspired me to embark on a new thing: The Decades Project. For 2020, I'm going to close my 0-year Blind Spots. I'm starting with the year 2000 and going back every 10 years to 1930 to make a watchlist for the year. The movies will all be selected in the next week or so. I've already caught up with Thirteen Days and Chocolat, big misses from 2000.

I hope you'll support me in this endeavor by coming back for my Saturday morning Speaks in Movie Lines post each week.

"Black Check is a podcast about filmographies, directors who have massive success early on in their careers and are given a series of Blank Checks to make whatever crazy passion projects they want. Sometimes those checks clear and sometimes they bounce...baby," says Griffin Newman to open each episode.

Right now, the boys are on Jonathan Demme. I caught up with Married to the Mob (fucking Michelle Pfeiffer...she's so damn cute and charming in this thing) and Philadelphia (this week.

Finishing "Schitt's Creek" with my wife right now, a show that really just got too sappy and simple for its own good. Was so damn funny in it first couple seasons and maybe could've been a perfect comedy if they stopped it there. Season 2 Finale is incredible.

Part 3: The Week Past

On Monday, my wife and I went to see "Uncut Gems," and, of course, "Little Women." Back-to-back. Pretty wild double feature. Nice actually. We got so riled up on "Uncut Gems" that a brief spat made us miss dinner for having to get back to the theater. So, we ended up hitting Five Guys, and the girl who took our order was ANGRY. She, clearly a teenager herself, kept staring at this group of teenagers just loitering around the place. We came to the idea that the worker was a classmate and was pissed at having to watch these rich West Knoxville kids be jackasses while she has to work. The burgers and fries kicked ass.

On Tuesday, I bought a really nice beer and a mediocre bottle of sparkling wine and cooked up a mess of black-eyed peas and turnip greens, lots of bacon and salt pork in both, and burned the cornbread. It was delicious and I actually made it to midnight. I spent most of the night crafting this son-of-a-bitch, my Top 101 of the 2010s. I hope you enjoy my pick for 101.

On Wednesday, I got the house to myself for two hours to watch a movie. It ruled.

On Thursday, Tennessee barely beat Indiana in the Gator Bowl. It ruled.

On Friday, I wrote all this.